A trip through the wine region of the Rhine river.

My husband and I recently celebrated our 25th wedding anniversary with a trip to Germany.  We decided to visit the wine region along the Rhine river by driving as close to the water as possible.  We only made overnight reservations for our first and last nights.  We rented a car and set off for adventure.  When you go without reservations (easily done in Europe since there are bed and breakfasts and small hotels galore), you open yourself up to more spontaneity.  If we happened to like a town, we stayed there.  If not, we moved on.  We started out in Mainze, Germany with our ultimate destination of Cologne. We randomly pulled into wineries along the way and they were all cordial and happy to share.  I have become a fan of dry Rieslings!  Fresher and less complicated than Chardonnay and a little more fullness than a Sauvignon Blanc.  The bucolic little towns were all nestled along the river while the hills behind them had every inch of available space covered with grape vines.  Really a sight to see, since some of the hills were precariously steep.  Here and there among them would be a spectacular castle perched up on the hillsides.  As we traveled further north the hillsides gave way to more open countryside and we ended our Rhine aspect of the trip in Cologne.  Below are some pictures that will give a visual tour of some of the region. 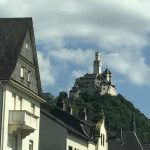 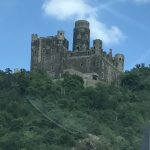 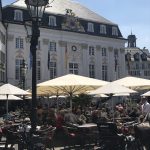 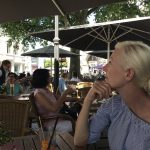 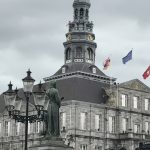 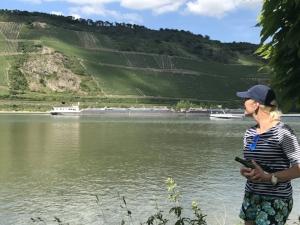 A view across the Rhine with the grapevines on the adjacent hillside.

The interior of the churches is breathtaking.  This one was in Mainz, and the history that accompanies them is fascinating.  It continues to amaze me that so much survived the devastation of WWII. 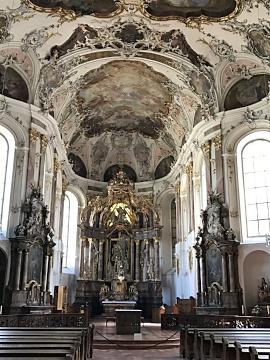 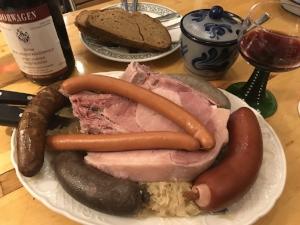 A German feast – sausages of every kind, pork, sauerkraut, sharp mustard and hearty bread.  I especially love the typical weinstube glasses with the green stems that are found everywhere.

After Germany we headed up to Holland.  My parents immigrated to the States in the late 50’s.  My mother was from a large family, and in post war Europe many immigrated.  Half of her brothers and sisters left, half did not.  So as a result, I spent much of my youth in Holland with my dutch cousins.  We headed up to S’hertogenbosch for a ‘cousin reunion’.  I feel so at home in Holland.  The charming villages, scattered between impossibly flat farmland – and impossibly neat and clean!  Bicycles are as popular as cars and flowers and markets everywhere. 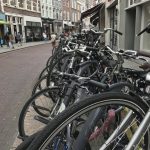 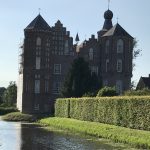 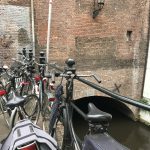 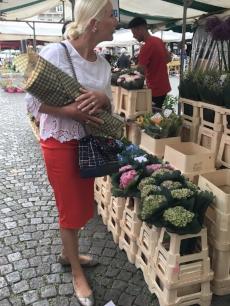 Be sure to wear your flats!  Flowers rule in the Netherlands… 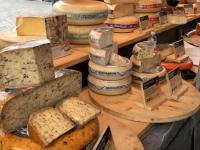 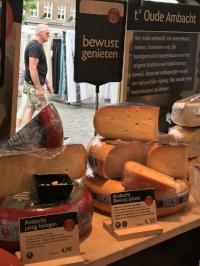 A lovely and fascinating holiday!  I cannot emphasize enough travelling with few plans and reservations.  I know this makes some people uncomfortable especially being out of their comfort zone, however, travel in Europe is very easy and as I mentioned there are no shortages of places to stay.  The open road and a sense of adventure truly lead to the most unique experiences. 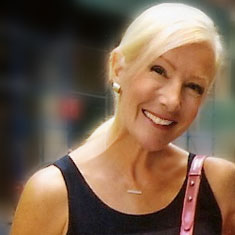